““I came into the world very young, in an age that was very old.””
- Erik Satie

Today is the last day of #blogjune - I started the blogs with an Eric, so I thought I might as well end it with an Eric - and an eRiQ as well.  What's in a name... 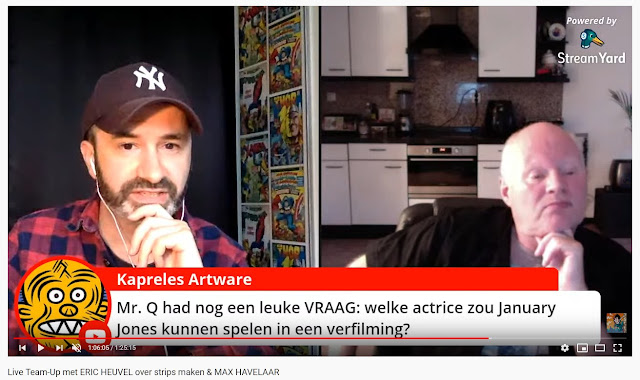 This morning I watched another LIVE VLOG from Michael Minneboo. In this episode of the Minneboo show, his guest was Eric Heuvel. He's a well known Dutch comic book artist with a great body of work, including January Jones (and her companion Rik). There are many influences of Herge's Tintin in the adventures of this "Indiana Jones"-like female pilot. I always love these little Easter eggs. During the vlog, I asked who could play the part of her in a potential movie - and the obvious choice would indeed be the actress actually named January Jones (no connection). Eric, at the time of starting the comic with Martin Lodewijk, asked 'Why January' and not April or June. June Jones, that could have worked. 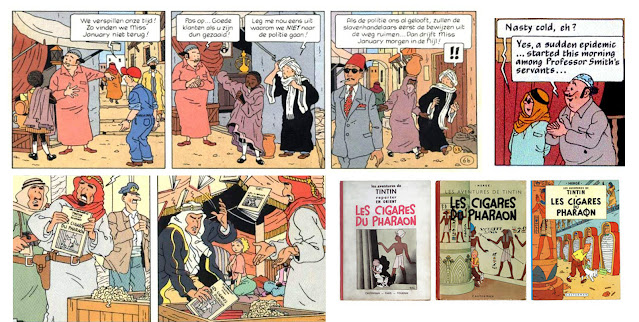 I guess that's always one of the questions to ask when you create a comic book character; “What name should I pick” - Finding a name can be an interesting task. Do you name it after someone you know (a relative, friend or some historical  figure) or name it after a thing to to with the character?  If your character has red hair, you can call her 'Red' or 'Ginger'. It helps picking a name that will be memorable, often comic book characters will have names that are alliterations (in which two or more words in close connection begin with the same letter), like Peter Parker or Lois Lane. James Garfield Davis, who is the grandfather of Jim Davis the creator of the Garfield comic strip, was named after President James A. Garfield.  In turn Jim Davis named the character Garfield after his grandfather. Garfield’s owner,  Jonathan Q. Arbuckle, got his name from an old coffee commercial that creator Jim Davis liked.  Talking about cats - Eric said in the vlog that he doesn't really like drawing animals. That made me think of a cat in one of the January Jones stories, that gets a skull on its head, which reminded me of an old Leonardo comic from the EPPO - in which a similar cat also gets into the same trouble. Poor Yorick.

As for my own name; eRiQ - well, I have written a little ballad about it.

On a day in September '67, a handsome boy was born,
finding a name - for this dutch child - had his parents torn
For a girl, his mum wanted - the name to be Astrid
for a boy, Gijs - a name the dad didn’t like one bit.

So, Erik it became -- that 21st day of September
From the Old Norse name 'Eiríkr', or so I remember ...
using “ei” (ever) and “ríkr” (ruler) together,
ruling forever, like birds of a feather.

In 1987 - twenty years later - our hero joined the Dutch army
but so many soldiers in his group were Eriks - oh BARMY-
To end confusion, nicknames was the trick.
Like his high school pseudonym, he quickly became Rick.

As the soldier called Rick he met his first wife to be
stuck was the name Rick now for long as you see.
His mum finally got used to it, his dad sometimes still moaned
but even his dad’s name was just one that was loaned,
as HE was born Dirk, but went through life as Dick.
So yep - the name Rick was still to stick.

After 1992, after playing with his drawing pen
he thought, signing my name - with a Q I now can..
Thus RiQ was born - a bright light in the dark
the “i” often turned into an exclamation mark.

In 1999 his father sadly passed
It showed that nothing was meant to last
His marriage ended in that same fateful year
he needed a change - the solutions was near...

As tribute he thought... to his original name
the “e” added back - thus “eRiQ” it became -
a homage to his departed daddy Q
to honor him - that was the clue.

Please accept his choice and honor his quirky ways
so - his dad remains with him - forever ruling his days. 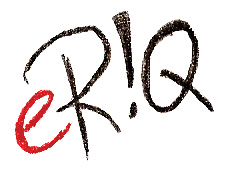