032 - A post card from the other side of the world

“The world before us is a postcard,
and I imagine the story we are writing on it.”
- Mary E. Pearson, The Miles Between

Song of the Blog:
"Two of us sending postcards
Writing letters... On my wall
You and me burning matches
Lifting latches"
- The Beatles 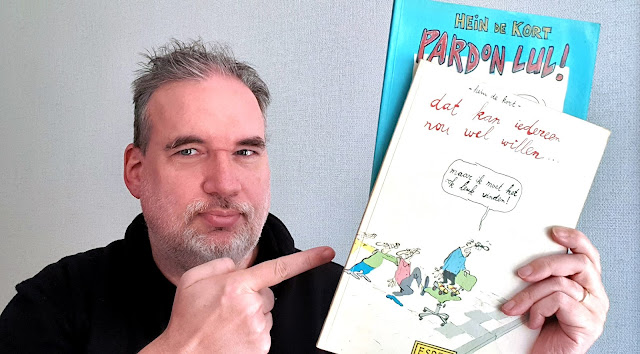 The other day was chatting with someone about postcards. Do people still send them? Or is everything electronic these days? These days to people even still send letters or cards... I used to get a lot of postcards and had been collecting them over the years. Once I moved to New Zealand, I got rid of a lot of my collections. Like my large sticker collection. Where most kids would plaster their doors and books etc with stickers, mine never even left their plastic base. I donated that box during the big purge of 1992 and sometimes I wonder if that person still kept them after all those years.
As I was going through some old archive boxes, I did come across a nice folder that had some of my Hein De Kort collection inside, including several post cards. 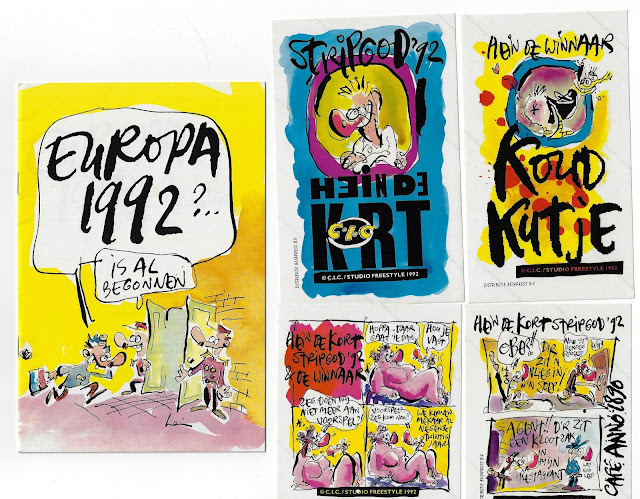 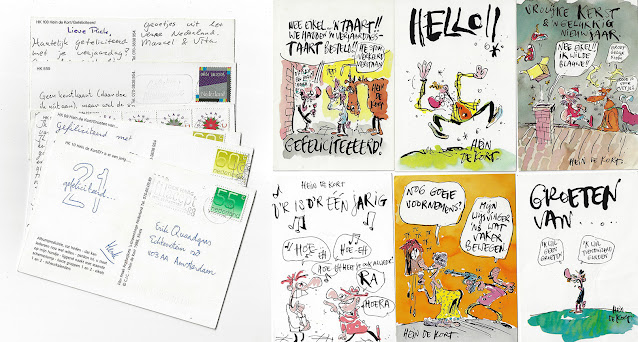 Hein is a Dutch cartoonist and was the winner of the 1992 Stripschapprijs. When I look through most of my old Dutch clippings and collections, it becomes quite clear 1992 is the year I left Holland. This folder full of goodies was book-ended by some the "Hein de Kort stickers" from the time that he won the award.

Now, why do I still keep these things. you might wonder. They are inside a folder, inside a box, inside a cupboard, inside the garage. Why do people keep things... It's part of a (incomplete) collection... great memories of a time many years ago. They probably won't mean much to anyone after I leave this planet. Most of my collection will probably end up in a great big container, destined for the landfill of perpetual rubbish. 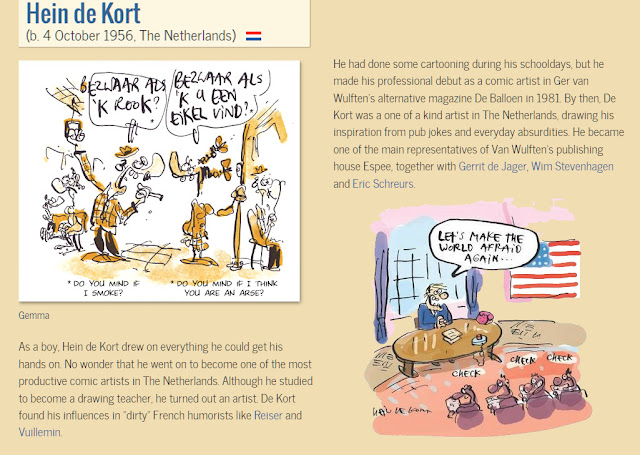 Hein de Kort was one of my favourite cartoonists in Holland, you would find his work in so many publications. It seemed there was no stopping him. From small gags to full page colour comic strip stories. His often messy style adds to the charm of his work, including his very personal lettering. Even his use of language, is so typical Dutch and probably - like most of his imagery highly offensive, especially in these sensitive times. But my generation in Holland grew up with his humour inside family and kid's magazines. 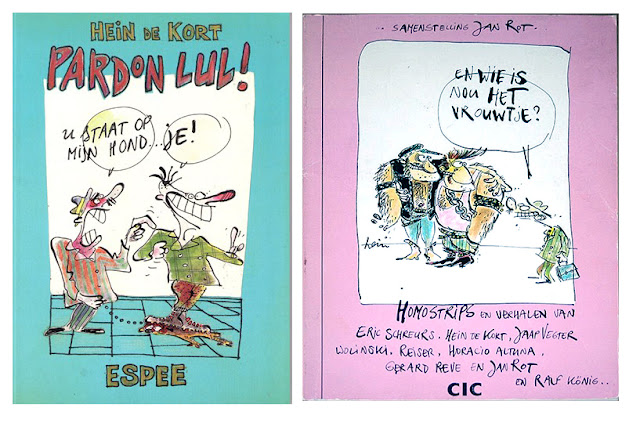 Back in 1986 I was 19 and reading the book " En wie is nou het vrouwtje"; over 75 pages filled with comics and stories with homo-sexuality as its theme. Hein created the cover and supplied about five pages. A self described book of self-mockery and romance. I believe I for it for a few dollars in the 80's, I have seen it online for sale for around $25 now. I am not sure where the imagery in this book stands these days as we live in conflicting times where on one hand people can be who they want to be, but on the other hand if a nipple gets shown on social media you could get banned for life. Isn't all about acceptance in life? Of everyone... no matter what your sexuality, religion, race and or sex is.

In the end, we all should just start to collect more joy,  ...oh, and send more postcards. Send YOUR postcards (and or books and other surprises) to: