“This world to me is like a lasting storm, whirring me from my friends. ”
― William Shakespeare

Song of the Blog:
"Riders on the storm
Into this house we're born
Into this world we're thrown"
- The Doors 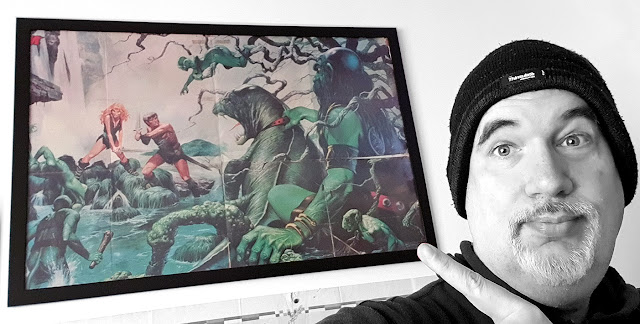 Back in 1977, the year of my 10th birthday, one of my favourite comic strips of all time was published for the first time in the weekly comic magazine EPPO. I was thrown into the world of STORM. Loved all the stories, bought all the books. A large framed STORM poster still hangs proudly on my wall and still I often look through some of the old comic books created by Don Lawrence. 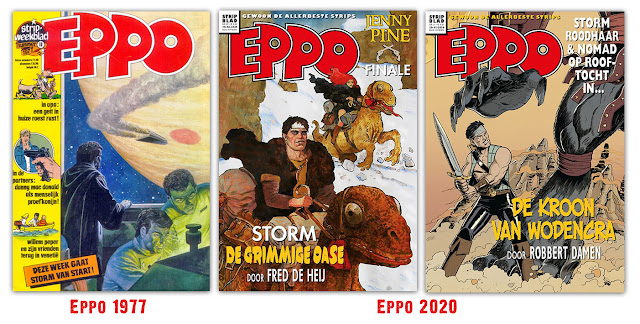 The recent EPPO magazines have commissioned other artists like Fred de Heij and Robbert Damen to pay tribute to Storm following the 45th birthday of the comic hero. It seemed there has been some controversy about their styles and how it doesn't quite live up to the original comic. Maybe instead of a whole story, each artist could have just done a one page hommage. But hey, it is always an interesting experiment. I haven't seen the actual pages and can only judge by the covers (and we all know how that saying goes).
Back in 1980 these were some of the great STORM cover images of EPPO. 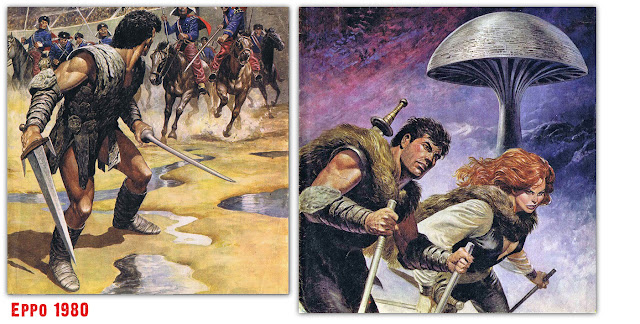 In 1980 the EPPO magazine celebrated its own FIVE year celebration and in a special edition two artists swapped styles - FC KNUDDE was drawn by Don Lawrence and STORM by Toon van Driel. I thought that was quite hilarious at the time and can still appreciate it. Even Franka artist, Henk Kuijpers had a go at portraying Storm and his partner in his style. I would have LOVED to see a whole Storm story by his pen. 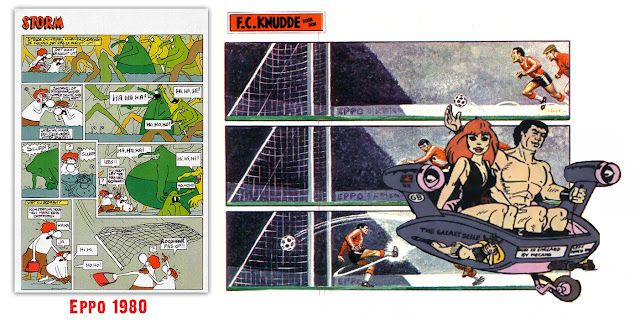 Also back in 1980, Don Lawrence (the artist of STORM) created this awesome poster of THE HULK - showing how sometimes it can just be fun to see other artists create their versions of a well known character.
Even if you don't agree with the look of it, it shouldn't make you angry and turn into a negative hulk on social media. We should all learn to quiet down the storm in our minds and not let it turn into a storm in a teacup. 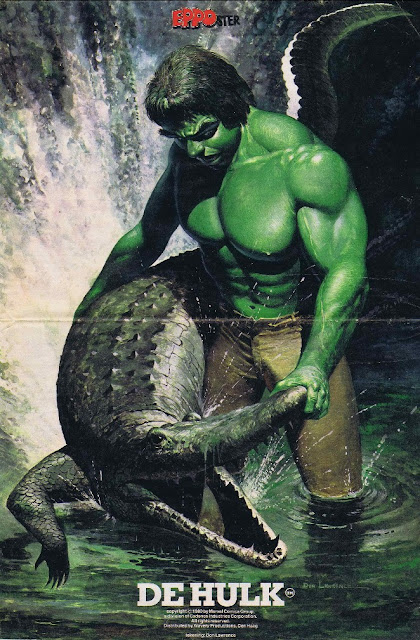 Poem of the day:

Not all is bad about everything
Not all is good about nothing
Neither here nor there
Everywhere, every day
People have something to say
About it all
So small
Made so big
To ignore… that is the trick
To be ignored makes me sick
To be ignorant makes you a dick
Posted by eRiQ at 2:27 PM