I like facts. I have always loved spending time in libraries in my younger years, looking around for books with interesting facts. These days there's the internet of course. A place made for fact lovers, useless ones included. Now, when watching something on TV, you easily grab your phone and find out more info about a certain topic. Back in the days the EPPO magazine often had a page called EPPOVARIA in which a certain topic would be highlighted (It was more than often about something mentioned in one of the comic stories) . Someone had a tattoo in a story, >BANG< - info about tattoos! Planes from the Franka comics - >BOOM< - all you wanna know. Even pop-culture elements from movies (Superman) or TV shows (Battlestar Galactica). But I never cared much about the ones on sport (often combined with some boring poster of soccer players).

Often I look online to check to see what was topical on that day in history. Fun facts that feed my curiosity. One of the sites I like is 'DAYS OF THE YEAR' - it lets you know what thing is 'celebrated' each day. Like today the 25th of June it is 'Global Beatles Day', 'Colour TV Day' and 'Goats Cheese Day' (to name a few). As a wise woman once said: "They have a day for everything".

Back in history there were another few facts that grabbed my attention:
1848 – A photograph of the 'June Days uprising'
becomes the first known instance of photojournalism.
Wow - I can't remember ever having seen that photo before - pretty cool.
1903 – George Orwell, British novelist, essayist, and critic was born
Of course, his 1984 book was extremely influential.
1947 – The Diary of a Young Girl
(better known as The Diary of Anne Frank) is published.
Did you know there have been many kids books and comic books based on her life! - I lived in Amsterdam many years, but never ever even went to visit the actual house she stayed in.
1928 – Peyo was born , the Belgian author and illustrator,
who created The Smurfs. 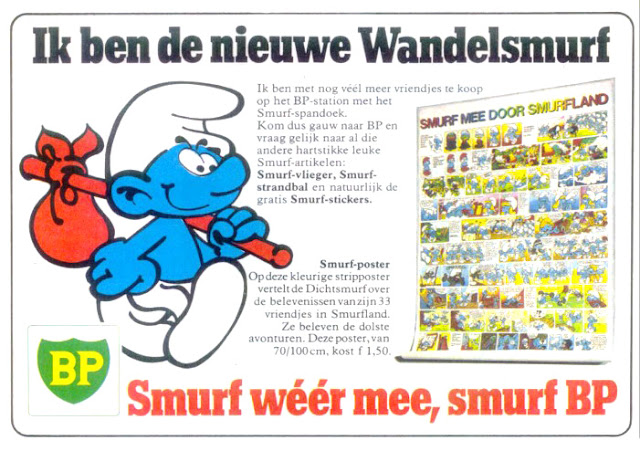 The Smurfs, who doesn't know this little group of blue human-like creatures. You might only know them from the animated series or the mediocre live action movies, but back in my younger years it was of course the comic books that made an impact AND the figurines. At the BP petrol station you could get a wide variety of smurfs. Some of them have survived the many shifts and years and still grace my work room.  The occasional one gets to come out with me on a photographic trip around New Zealand. 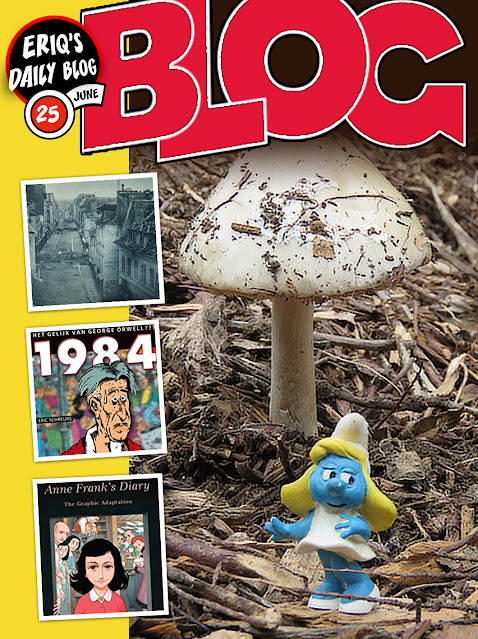