“At twenty years of age the will reigns; at thirty,
the wit; and at forty, the judgment.”
- Benjamin Franklin

In 1987, before I turned 20 in September.... I got to see David Bowie during the glass spider tour in Rotterdam, my friend and flatmate still tried to get our movie "FLAUWOCCULT" made  and I had to join the Dutch army... life was changing rapidly and there was no time for the EPPO anymore... I had stopped buying them every week and my interests were obviously elsewhere. I must confess, the new cover design with the three comic strips never appealed to me.

But it sure wasn't for the lack of talent - I still liked a lot of the content and it was the year that January Jones was first published. Heralded as THE NEW FRANKA (?) - it turned out to be a great series by the amazingly talented Eric Heuvel and (-yes- there's that name again) Martin Lodewijk. I have always had a soft spot for female comic book characters. My bookcase is filled with Yoko Tsuno, Natasja and of course FRANKA.

So my weekly addiction to EPPO stopped during the year of 1987 - I would still get the occasional copy or later on when in NZ I was send some whenever a story of Franka was published. But really 87 was the end of EPPO for me, not that there was nothing inside - I just had other things on my mind. 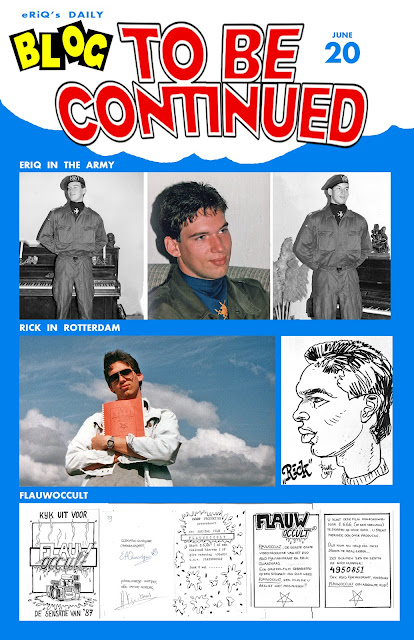