Song of the Blog:
“Undercover cowboy
Workin' undercovers all over town”
- Clint Black

In the seventies cowboys could still smoke (I am looking at YOU Marlboro Man!) - Even on the covers of a magazine aimed at the younger elements of society. In 1976, there were so many covers of EPPO that featured Lucky Luke, they should have renamed it after this lonesome cowboy.
That year there was only ONE cover with the titular character on the front. Eppo DID have the back page all to himself back then.

Another one that graced the front of the magazine more than in general was DE GENERAAL - and even in ONE of these covers he was dressed up AS LUCKY LUKE. A lucky year for the man, who later had to give up smoking. 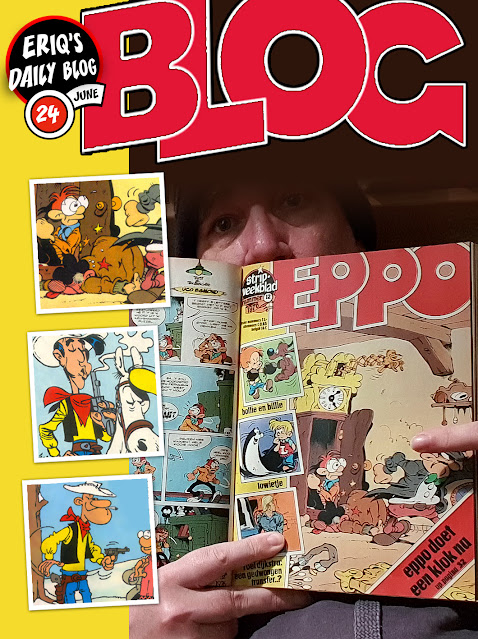