“Hold fast to dreams, for if dreams die,
life is a broken-winged bird that cannot fly.”
- Langston Hughes

Song of the day:
"Take these broken wings... And learn to fly again
And learn to live so free... When we hear the voices sing
The book of love will open up... And let us in."
- Mr. Mister


I have been "lucky" to have only had a broken leg, as a young boy at the age of five. Living in The Hague at the time, we had a playground across the road where all the local kids used to have a great time. Yet on that fatal day, a few hours before I was supposed to go to the pool to do my swimming exam and get a diploma, I crossed the road. BANG - Only to be hit by a car. Yes, I did look left and right. Honestly, it was the driver’s fault! CRASH! "Funnily" enough at first my parents didn't know at the time that my leg was broken. They took me to the hospital because I had a severe nose-bleed, that didn’t seem to stop. When the doctor checked me out, it was clear that it was my leg that had suffered the most. So, no swimming for me, for a while. Thus I got around with my leg in a cast covered in drawings and names. Somehow I think the accident resulted in me having a bit of a funny walk (according to some). The rest of my life I have been luckier, enduring a few broken hearts and some minor car crashes. 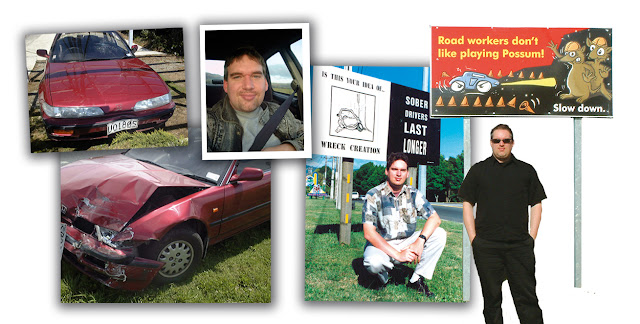 Ironically, I have designed a few billboards on the topic of safe driving. One “Wreck Creation” version, was one of the series of signs and posters I created for a BOP anti-drink/driving campaign called “Sober Drivers last longer” and the other one with my Possum cartoons was from a local Tauranga road safety campaign. 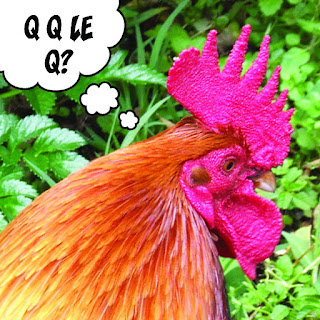 Some of my sentences or grammar might end up being a bit of Engrish (a slang term for the misuse or corruption of the English language). Most of  my writing is normally checked and proof read by my wife,  but none of these blogs are. So, some expressions might still slip through or might have been left in by intent. After all - English is my second language, being Dutch and all. It can be quite hard at times when you are using puns and jokes as sometimes the translation in my brain doesn’t quite translate to the pages of a story. Especially with animal sounds, a rooster might say “cock-a-doodle-doo” here in New Zealand - but in the Netherlands it goes: “kukeleku” -  I believe the international sound should really be: “Q, Q, le Q” There are even country-specific terms for different forms of broken English, such as Japlish or Janglish for Japan, Konglish for Korea, and Chinglish for China. These can be considered more derogatory, with the possible exception of Chinglish, which enjoys widespread use in China and is more often found in writing. An example is, saying “no q” as a response to “thank you” (often written in Mandarin Chinese as - san q). I guess Dutch/English would result in Dung-lish... which has a bit of a bad smell to it. 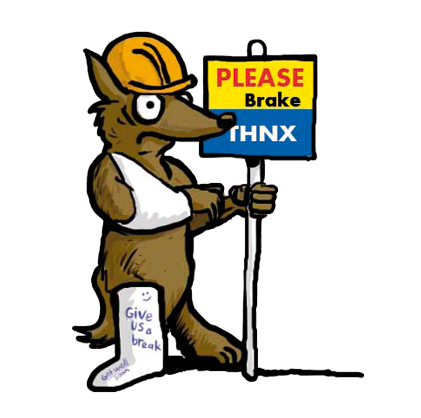