"It's not about winning, it's about fun! " -  SpongeBob Squarepants

Song of the day:
"Who lives in a pineapple under the sea?
Absorbent and yellow and porous is he
If nautical nonsense be something you wish!
Then drop on the deck and flop like a fish!"
- SpongeBob SquarePants!

Today is the 20th anniversary of "SpongeBob," which premiered on Nickelodeon July 17, 1999.  Sadly last year, Stephen Hillenburg, the creator of SpongeBob SquarePants, passed away at the age of 57. His characters were always a big part of the TV culture at the Q-household in the weekends that my son QQ stayed with us. The show, with its classic theme, is really fun and totally absurd most of the time. From the sponge itself, with his silly best friend the starfish to the squid, the squirrel and the infamous crabby patty! Fun memories of watching the movie when it came out and playing the game that we reviewed for the paper. 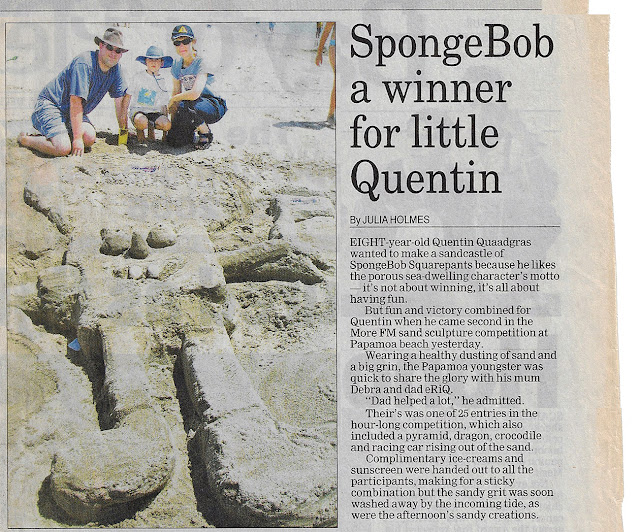 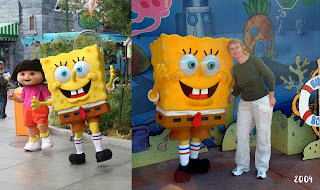 One summer at Papamoa Beach we entered a sand sculpting competition and made it into the local paper with our SpongeBob creation.  We also got to meet the great Sponge Bobber at Universal studios a few times. The yellow fellow has really become a permanent part of popular culture.

You know you're famous when you make it as a noun in a TV show, like in The Big Bang Theory when Howard said "I'd like to SpongeBob her SquarePants." Even in other animated series there have been mentions, the Simpsons has a lot of references to SpongeBob. For instance in "Treehouse of Horror XXIX", in the opening sequence, the sea captain asks Homer if he knows the most evil creature in the sea, and Homer replies "SpongeBob?".  I have seen a SpongeBob SCREAM image and there are crazy costumes you can buy. Who is keen to go as SpongeBob this Halloween?! 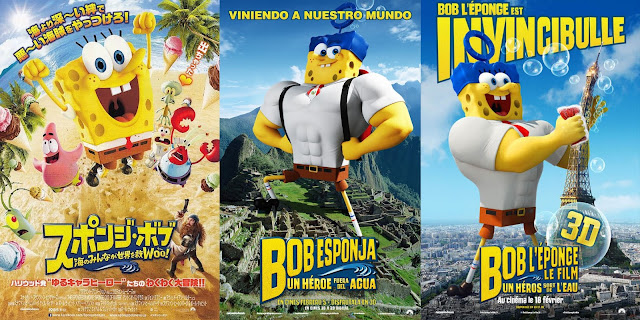 All over the world Spongee has been translated and his character has brought joy across the world. Just look at all the crazy translated movie posters! If you haven't soaked up enough of l'eponge, besides the TV show, movies, merc and the character meet and greets you can also head down to the comic book store for some action! 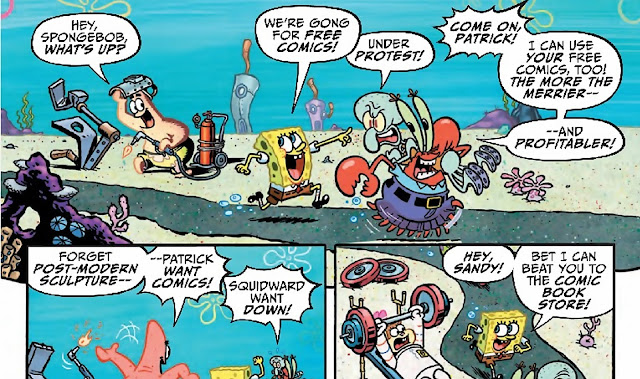